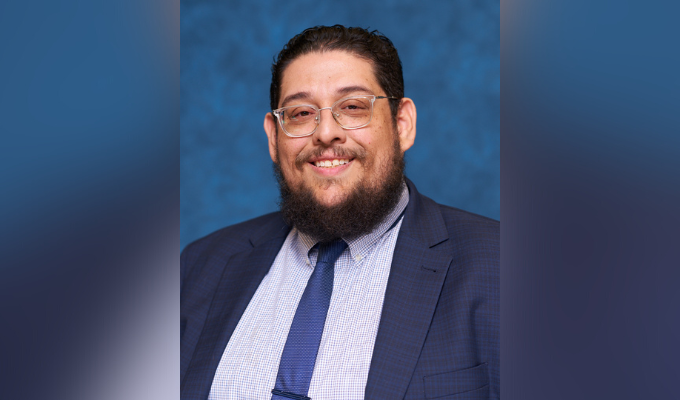 There are as many unique journeys into education as there are educators, but for De Zavala Elementary’s Javier Aguilera, his path to principalship was like an indie film: outside the mainstream.

Aguilera came to Midland two years ago from El Paso, which he claims as his hometown, though it was only when he was in first grade that his family finally settled down there.

“My father worked in corrections, and so we traveled around the state a lot,” he said. He lived all over Texas, including in Fort Stockton and Huntsville. But no matter where he might have been, he carried with him a love for film.

“My grandfather had a huge collection of films, many of them on VHS, if you remember those,” Aguilera said. “I’d watch all sorts of movies, and even got into auteur directors and foreign films.”

After graduating from Montwood High School, Aguilera enrolled in the College of Santa Fe to study film. “I was less interested in pursuing a career in the production side of film and instead was fascinated with the academic side,” he said. “I considered becoming a film critic and potentially a professor of film history and theory.”

But with the advent of bloggers fast replacing traditional media film critics, Aguilera changed his plan. His mother was a teacher, and she inspired him to look for a career in education, which he entered in a nontraditional way.

“I always loved school,” Aguilera said. “In particular, I was always interested in the framework of school. But I never thought I’d be a teacher myself.”

Aguilera received an alternative teacher certification and taught video technology at a middle school in El Paso. He then became a technology trainer for the campus, a job in which he helped teachers implement technology into their everyday instruction.

“It was this experience where I learned about how core instruction, reading, math and how social studies could be implemented with technology,” he said. Aguilera would move on and receive his master’s in educational leadership from Howard Payne University and elevate to the role of instructional coach, where he focused heavily on using data to improve instruction.