George H.W. Bush touched many lives, and one Midland ISD teacher on Wednesday shared his story about how his personal relationship with the president motivates him to be an educator.

Lee world history teacher Reed Gerhart knew President Bush, former Midlander, personally from his days as a Texas A&M cadet. While working in the sports information office his freshman year, Reed was tasked with escorting the 41st president to his seat at the day’s Aggie football game. “We talked a bit, and the president said he was proud I became a cadet,” Reed says. “There wasn’t much more to that first time we met.” The second time, though, left Reed surprised.

Reed again was tasked with escorting President Bush, this time at an Aggie baseball game in the spring. “He remembered my name and asked me how I was doing in the corps,” Reed says. “I couldn’t believe it.” Throughout his four years at A&M, Reed was always called upon to be President Bush’s escort while on campus, which happened about twice each semester. “He always asked me three things: How is school, how is the corps, and how is my family.”

When Reed graduated in 2014, he received a simple but powerful gift from the former president: a maroon necktie decorated with an eagle and the number 41. The letter enclosed congratulated Reed and said graduation “was the next step — don’t waste it.” But why the necktie? “He said that because I was no longer a cadet, my uniform was going to change,” Reed says. “The tie would help me in my new uniform as I marched forward into my career.”

Reed and the former president kept in touch by letter in the years since. Reed says President Bush’s example motivates him as an educator. “The president once said that any definition of a successful life must include service to others.” Those words ring true for Reed as he educates our students today.

President George H.W. Bush died November 30 at the age of 94. Lee students sent their condolences to the Bush family this week by collecting their personal messages on a banner. A small token of appreciation big in heartful gratitude for a former Midlander and model citizen. 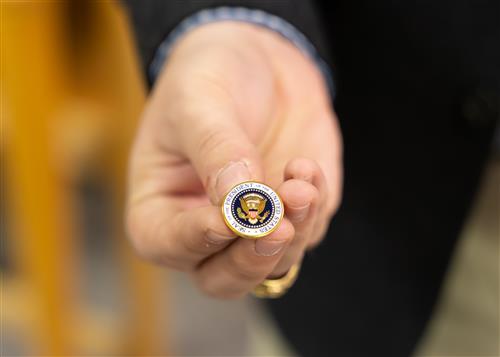 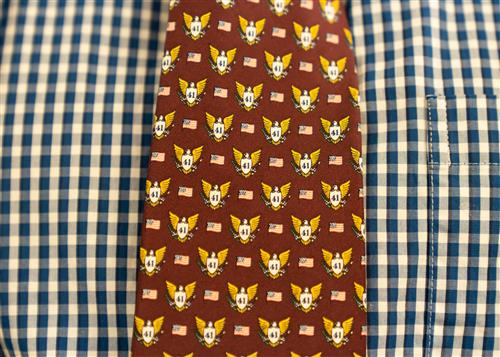 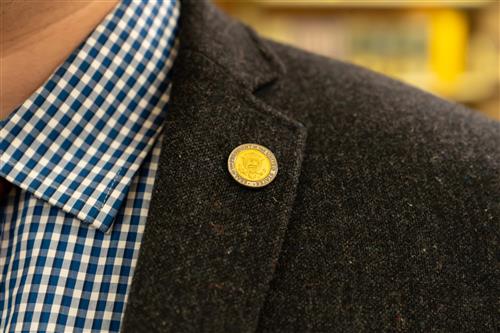